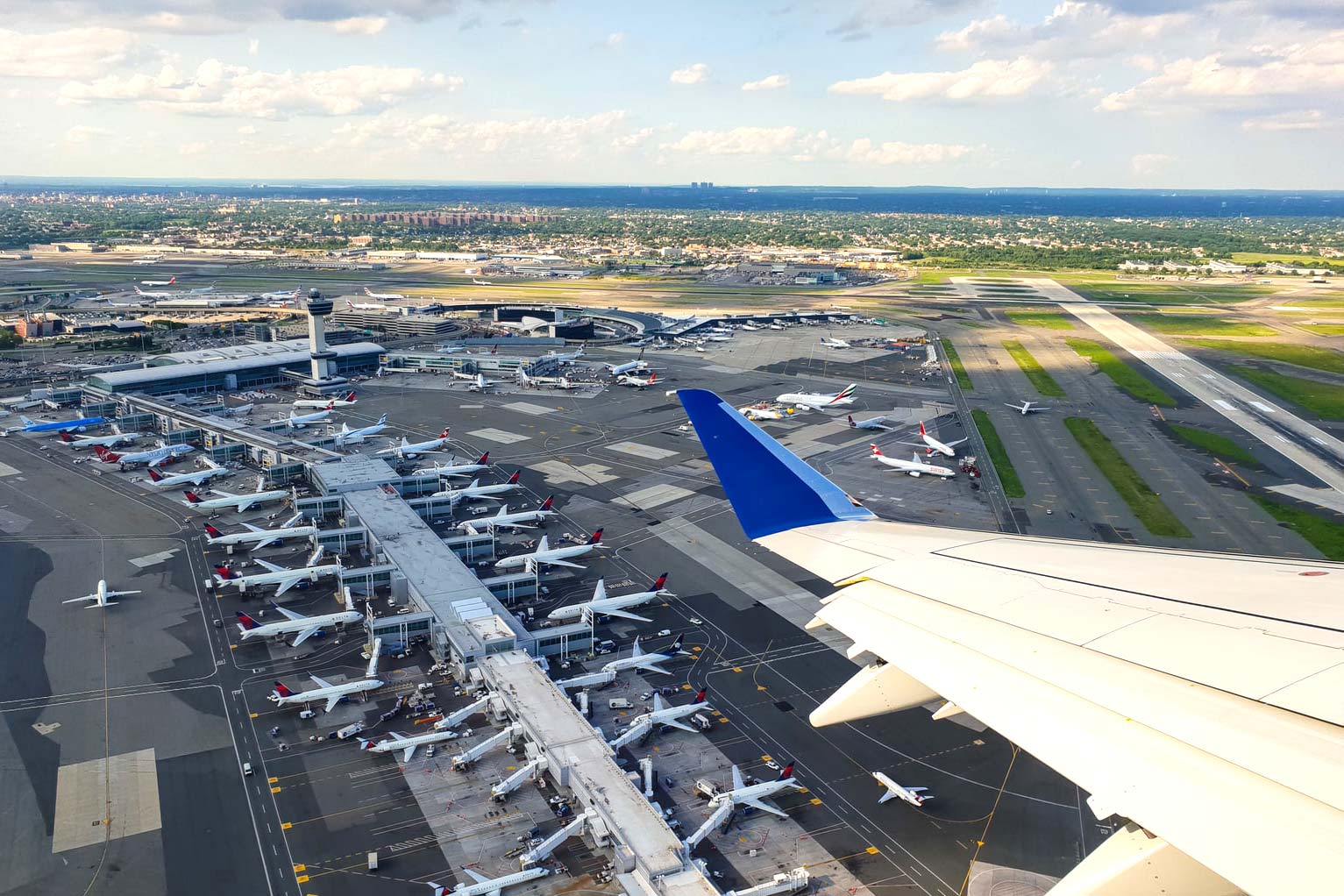 Newark Airport in New Jersey is the latest international airport to be plagued by rogue drones. On the evening of January 22, 2019, a pilot was approaching his landing when he spotted a drone.

‍Listen here for the full audio clip of the communication between the Newark FAA Control Tower and the pilots who avoided the drone collision.

Despite mounting testimony of drones at airports and disruptions, the FAA is leaving airports with insufficient guidance on when and how they will be able to obtain and operate counterdrone technology.

The FAA is responsible from a federal standpoint for creating regulations on US airspace. Air traffic controllers must be able to support airline pilots as they move in and out of the local area. The consequences of drones in airport airspace are not only frustrating for air traffic controllers, pilots, and passengers, but also the airlines, cargo delivery services, and other operations at airports. London’s Gatwick and Heathrow airports also very recently experienced shutdowns due to rogue drones in their airspace. At Gatwick alone, the runway was closed for over 33 hours, canceling over 1,000 flights and leaving nearly 150,000 passengers stranded. One airline, EasyJet, reported losses of over £15 million.

These events grant the public the opportunity to ask and explore the impact of a shutdown from a drone, especially when drone incursions can be immediately prevented with readily available counterdrone solutions.

Regulators in the UK promptly responded to the Gatwick and Heathrow incursions by providing expanded authorizations for UK airports to begin sourcing and implementing counterdrone technology solutions. However, US airports remain tied by the FAA to continue pursuing counterdrone solutions. Currently, the FAA has provided limited guidance to international airports as to the types of drone detection technology they are allowed to incorporate into their operations, leaving pilots to report drones as they see them. This lag to adopt drone detection technology at airports will only become increasingly more dangerous as more incidents occur.

Airports in the US are currently relying on eyewitness testimony to confirm an incursion, leaving insufficient evidence to avoid collisions, protect passengers and motivate regulators to provide counterdrone authorizations.

There are far more drones at airports than are being reported in the media. And without drone detection technology, the FAA collects special reports from pilots on drone activity spotted near airports. Drones are distracting airline pilots near airports, and yet, only a few are necessitating airport or runway shutdowns. “A lot of trouble could be avoided, at Gatwick and elsewhere, if we had better ways of knowing for sure that the weird thing we’re looking at is a drone, paired with better techniques for identifying the [drone] pilot responsible,” shares drone expert Faine Greenwood in her Slate Magazine article, “Drones Are the New Flying Saucers.”

As Alan Levin of Bloomberg discusses the highlights of this audio recording, he confirms in his article, “Newark Pilot Says Drone ‘Probably 20 Feet, 30 Feet’ From Wing,” “The incidents in London and Newark highlight a growing problem with drones: the potential for massive disruptions of commercial air travel by their mere presence.” He continues, “The U.S. government is drafting proposals that would track drones and identify their users in real time, but the rules are years away from becoming final.”

Drone activity data, whether collected through anecdotal evidence from a pilot in the air, or from drone detection technology, must be available to airports in order to safely operate and defend themselves against all drone intrusions.

As airports continue to seek solutions to their drone problems, the first step will always be a diagnosis. In 2018, a counterdrone data collection study was conducted at four UK airports, where over the course of 148 days, 285 drones were detected. The four airports looked to Dedrone technology to determine threat from drones to their airspace, and if so, begin deploying a complete counter-drone solution to protect their operations. During a threat analysis, Dedrone deploys drone detection sensors, which feed data to DroneTracker, the software platform. DroneTracker auto-generates a report on what was detected. For more information on the findings, visit here.

Airports involved with the Dedrone study now have a baseline of data to work with their operation leadership and community liaisons to build awareness campaigns, and also dedicate resources for additional research.

Newark, Heathrow, and Gatwick simply need to answer, is this a drone or another object? From there, additional technologies can be brought in to help protect operations from interruptions from unauthorized drone pilots. Southend Airport recently connected with BBC One to outline how they use Dedrone technology to protect their airspace:

‍The FAA must move quickly to adopt counterdrone technology standards for US airports. Preventable intrusions will only continue and escalate. With counterdrone technology and concrete evidence of drone activity, airport operators can then consider how to approach drone safety measures and determine the additional risks that drones pose to their overall security program.