Airports around the world are bracing for the integration of drones in local airspace. There have been hits and misses with drones at airports in the past years, with many news stories about drones entering airport airspace and disrupting operations. Regulatory agencies such as the FAA, Transport Canada, EASA, and CAA guide drone pilots about when and where they can legally and safely fly. However, if regulatory guidance is ignored, either unintentionally or maliciously, then the burden of detecting drones and protecting airport operations squarely falls on the airport security team's shoulders.

In a recent Dedrone webinar on airspace security at airports, Paul Diestelkamp, shared his experience as an air traffic controller, and what’s changed in airspace security in the nearly two years since the 2018 drone-based shutdown of London Gatwick airport. Ultimately, Diestelkamp shares, airports need to prepare for the inevitable integration of drones in the airspace. Sam Pile, airline pilot and director of Perspective Media – a drone aerial media and surveying company, agreed, “drones can be seen in a bad light, and the way we work around that is that we must have procedures, we have regulations, and we work together.”

Drone pilots that heed local laws and regulations will avoid airport airspace. But when a single drone veers off course and into restricted airspace, airports can now integrate security tools to provide early warning of unauthorized drones. Airport security teams can integrate airspace security technology to ensure they have ample warning of approaching drones, and deploy appropriate defensive procedures to mitigate any delays, shutdowns, collisions, or other harmful outcomes.

Getting Started with Counter-Drone Technology at Airports

While developing a counter-drone strategy at an airport may appear to be a daunting task, Dedrone has worked with over 15 international airports, such as Newcastle International Airport, to navigate the constantly changing regulatory landscape. Once an airport decides that it is time to protect its airspace from drones, Dedrone provides resources for airports to work with regulatory bodies such as the CAA and FAA to deploy detection technology and simplify the process of translating data into actionable insights. In 2018, Dedrone achieved approval from the Centre for the Protection of National Infrastructure (CPNI), providing assurances that airports are using technology that has been rigorously tested and validated by a government agency.

Dedrone’s approach to drone detection programs at an airport begins with a baseline risk assessment. Collect data first, determine the threat profile of drones in your airspace, and then decide how to integrate a comprehensive airspace security program into your infrastructure and standard operating procedures (SOPs). A baseline risk assessment is accomplished by installing a passive radio-frequency sensor, which analyzes drone activity, drone types, flight times, without  interfering with active airport communication channels. Once an airport establishes its baseline activity, they can decide if the activity warrants further investigation and action.

While airports may initially want to consider how to eliminate the drone threat, the technology to remove drones from the skies will never be compatible with airport communication channels. Instead, airports must first consider how to ensure safe operations with a drone in the sky. Some examples of current SOPs implemented by Dedrone clients range from observing the flight and approaching the drone pilot, all the way to shutting down runways and diverting flights until the drone has passed.

Bracing for the Unmanned Future During COVID-19

As the world navigates the impacts of COVID-19 on airport operations and passenger travel, the threat of drones remains. Establishing a baseline assessment of airspace activity, while traffic is lowest, will enable airport security staff to establish how they can integrate counter-drone technology to be a part of a safe path back to normal operations.

The challenge of drones at airports is complex and unique and will continually evolve as more drones come to market, regulations, and laws advance, and more passengers return to airports. Dedrone’s airspace security program provides airports with the flexibility to quickly begin their airspace assessment and then evolve and scale to meet the threat.

Dedrone will consult with you, your legal and procurement teams and local regulatory body (FAA, CCA, Transport Canada, EASA) to navigate the approval process and start developing your airports’ counter-drone strategy. Beginning with a single step – diagnosing your airport’s drone activity, airports worldwide can immediately increase the safety of their airfields and protect operations from a costly drone incursion.

Jackson Markey is the Enterprise Sales Manager at Dedrone where he works with organizations of all sizes to plan, implement, and scale their complete airspace security programs. 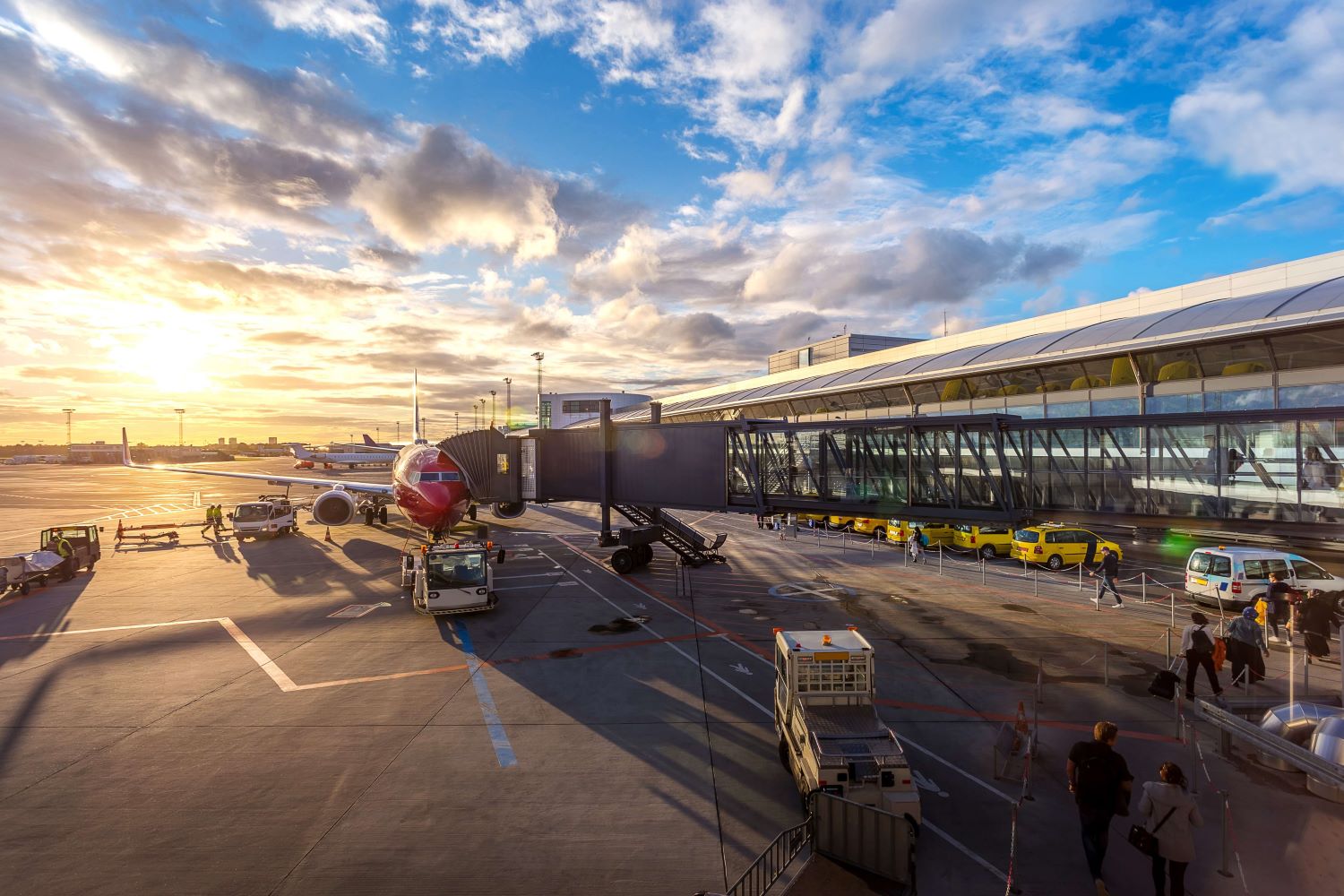