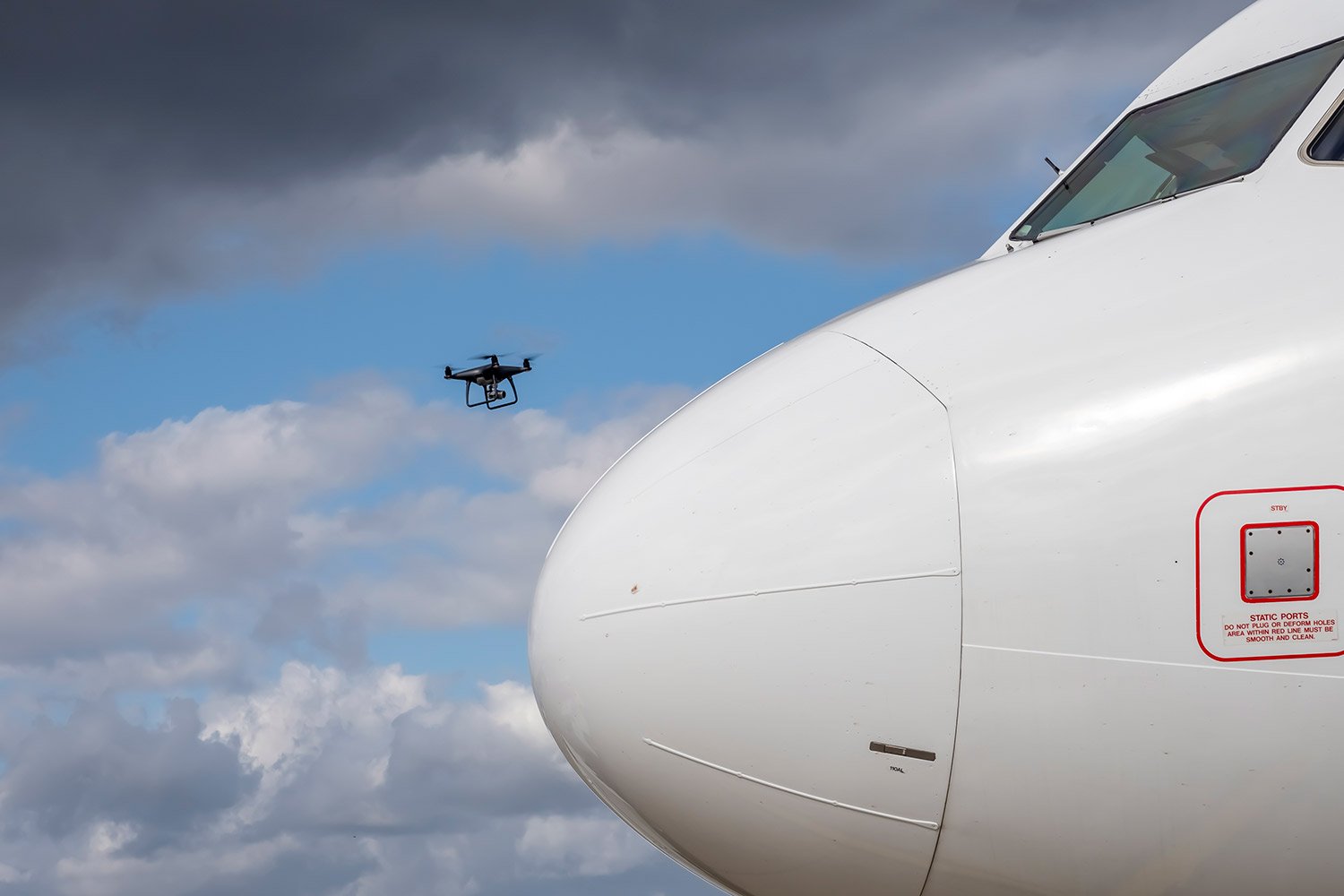 In December 2018, exactly two years ago, today, Gatwick Airport runways were shutdown due to continued drone sightings. Even at that time, drone incidents at airports were not a new phenomenon; many airports had experienced drone sightings – but none had prompted such a significant disruption. In the end, economists estimate that during the 33-hour closure, with over 1,000 flights canceled, airlines lost £50 million, and Gatwick airport lost £1.4m.

The Gatwick incident was nothing new. In 2017, a drone collided with a passenger aircraft at Jean Lesage airport in Quebec City, drones had wandered into restricted airspace near San Francisco International airport, and a worker at JFK International Airport in New York retrieved a crashed drone on the runway while performing a routine inspection. By 2018, airport related drone incidents were all over the news. A Virgin Atlantic flight had a near-miss collision with a drone at London Heathrow and a passenger flight landing at Boston Logan airport reported a drone in its landing path.

Since the historic drone-induced airport shutdown, Gatwick Airport, investigators, and the public, still do not have answers to who was behind the drone flights on that December day. In a recent investigation by Samira Shakle of The Guardian, Shakle reports that police knocked on 1,200 doors, took 222 witness statements, and identified 96 persons. The investigation took 18 months, involved five different forces, and cost the U.K. government over £800,000.

As investigators looked for answers, U.K. government regulators immediately began activities to protect critical infrastructure facilities across Great Britain from similar threats. In 2019, the U.K. Centre for the Protection of National Infrastructure (CPNI), the government authority for protective security advice to the U.K. national infrastructure, established a drone detection testing standard. One year after the Gatwick shutdown, in December 2019, CPNI certified their first drone detection technologies, and airspace security programs began rolling out throughout U.K. airports.

As the world watched the U.K. respond with airport drone detection solutions and government agencies and airports around the world deliberated regulations to counter the menace of drones, airports and travelers continued to be at risk.

In 2019, at Newark Airport in New Jersey, air traffic was suspended for 90 minutes after two pilots reported seeing drones in nearby airspace, and Dublin Airport shut down while they waited for a drone to leave their airspace. Singapore Changi Airport shut down their runways for 10 hours, after seeing drones in their airspace, delaying 37 flights. 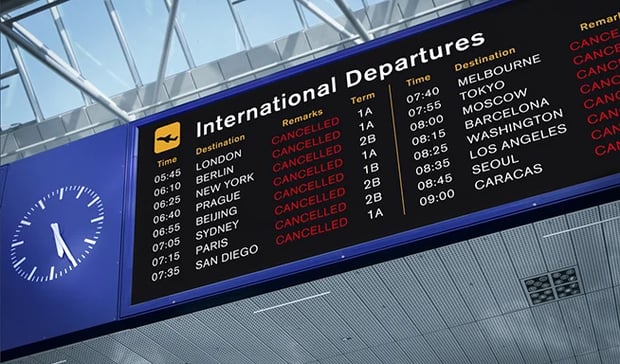 In 2020 all airports experienced historic, significant declines in passenger traffic due to the impacts of COVID-19. Despite the decline in travel, the unauthorized drone issue remained and even escalated. Several prominent airports suffered from these malicious or careless drone incursions.

In addition to these seven incidents, in the U.S. alone, the U.S. Federal Aviation Administration (FAA), tracked and recorded many airport drone sightings. From January 1 - March 31, 2020, commercial airline pilots sighted 374 drones in airport airspace. From April 1 - June 30, the most recent publicly available data, and the first few months of U.S. COVID-related airport shutdowns, the number of drone sightings rose to 409.

Drones will continue to infiltrate protected airport airspace, regardless of laws to them. Complete airspace security and protection against drones starts with detection enabling airspace situational awareness. Industry experts predict airports to take the lead while agencies work to determine longer-term regulation. In fact, with Dedrone technology implemented, Newcastle Airport now has a clear understanding of drone activity surrounding its airfield, including the average flight time, frequent times of the day when drones appear, and information to locate drones. Using this visibility, Newcastle Airport has built a comprehensive set of response protocols to safeguard its passengers and its airlines from this serious threat. Dedrone now protects five airports across the U.K., including Newcastle Airport.

Global aviation authorities will follow suit with the U.K. and begin implementing more comprehensive airspace security programs. The drone issue at airports will only continue to persist. As the world re-opens in 2021 to international travel post-COVID, all eyes will be on how airports can ensure complete security from all threats – including those in the lower airspace.

In the two years since Gatwick, despite the best investigation resources, the drone mystery remains. The Guardian’s Shackle shares, “The Gatwick incident was the first time a major airport was shut down by drones, and it distilled deep cultural anxieties – from the threat of terrorism and unconventional attacks by hostile states, to our fear of new technology.”  Only until there is complete adoption of airspace security technology at airports, can we begin to protect airports and the passengers that travel through them from drone incursions. Ultimately, this risk, including the potential revenue impact and associated liabilities, will drive drone detection and lower airspace protection to increasingly becoming a CEO level discussion.