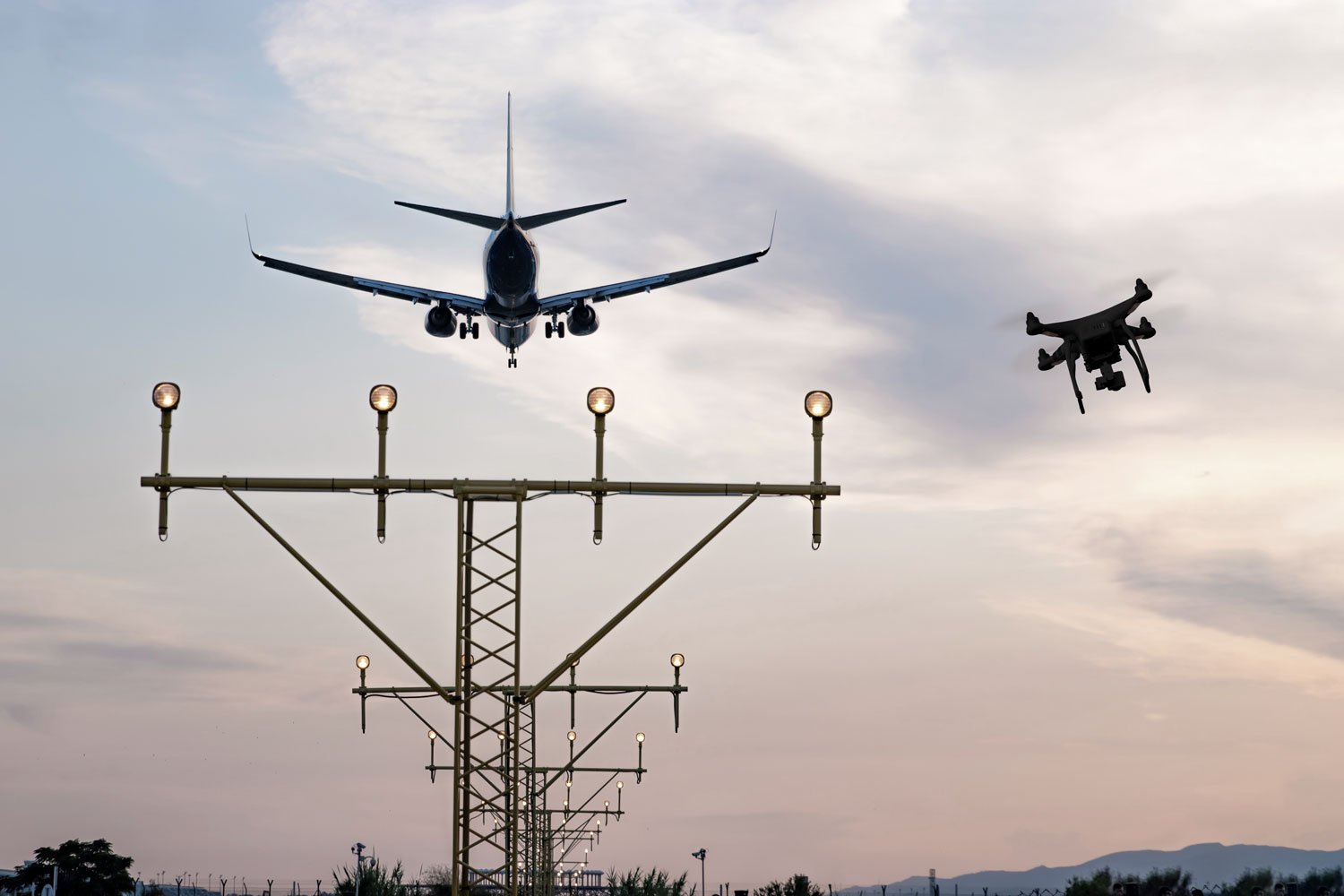 Countless stories have been appearing in the news over the years regarding drone activity in federal airspace, citing safety concerns for passenger aircraft and disruption of airline operations. These risks are clear – a drone crash in to an aircraft will cause damage to both vehicles. In 2012, the FAA established The FAA Modernization and Reauthorization Act, putting in to law a requirement for hobbyist drone operators to contact their local airport management and the air traffic control tower if they plan to fly their drone within five miles of an airport. The notification requirement was designed to provide the airport an opportunity to prepare for done activity. However, since then, this rule has largely gone unnoticed by hobbyist drone users, raising concerns for airports, aircraft pilots and passenger safety.

In February 2017, the FAA released their updated UAS Sightings Report, indicating reports of possible drone detections near FAA air traffic facilities. Drone sightings continued to increase during 2016, with 1,274 such reports from February through September 2016, compared with 874 for the same period in 2015. Although the data contained several reports of pilots claiming drone strikes on their aircraft, to date the FAA has not verified any collision between a civil aircraft and a civil drone. Every investigation has found the reported collisions were either birds, impact with other items such as wires and posts, or structural failure not related to colliding with an unmanned aircraft. Despite increased sightings and reports of drones in federal airspace, concerns of drones colliding with other aircraft remain minimal, if not reported whatsoever.

With this marked increase in drone sightings, airport operators are considering how to approach drone safety measures and determine the additional risks that drones pose to their overall security program. Airports are multi-faceted security centers. They have officers monitoring the airfield, tarmac and fences, people on the ground following cargo and passenger baggage, and managers of warehouses that contain fleet maintenance programs. Thousands of safety and security elements exist on a single day in the life of an airport, and each component has a different security risk. The FAA and airports are acutely aware of the dangers drones pose to their airspace. However, there is a gap of knowledge and understanding of the intention of drones within physical grounds of airports, leaving questionable security concerns.

Despite these recent findings by the FAA, the threat of passenger aircraft interruption and collision remains top of mind for all airports around the world. Drone operators have no physical barriers, and clear access to maps, charts and other materials to support a precise, targeted flight. The FAA requires all airports to make available to the public their printed charts of instrument approach procedures, a resource for pilots to use as a measurement of their flightpath in the event they cannot visually see the approach (for example, San Francisco International Airport). This chart helps create an accurate measure of the altitude they need to maintain within a specific distance from the airport. Along with a simple Google Maps search to determine the GPS coordinates of an airport and their runways, this information will provide with great accuracy where and at what altitude a passenger aircraft will be flying. Early detection of drone activity will provide warning to pilots of any potential distractions to their airspace.

Dedrone provides a drone detection software solution which complements the security measure in place at airports, and does not interfere with any radar or other detection programs. In 2016, Dedrone announced a partnership with Airbus DS Electronics and Border Security (EBS), to address these airport security gaps. Dedrone integrates Airbus’s long range radar technology into its systems, which are comprised of ground-based sensors, data analytics and reporting software. The radar, and the data collected from it, expands the range of Dedrone’s detection systems to a radius of up to 3 kilometers in open spaces. Proactive detection solutions exist for airport security managers, and are a critical part of the overall security equation for the thousands of people travelling through and working at their operations.