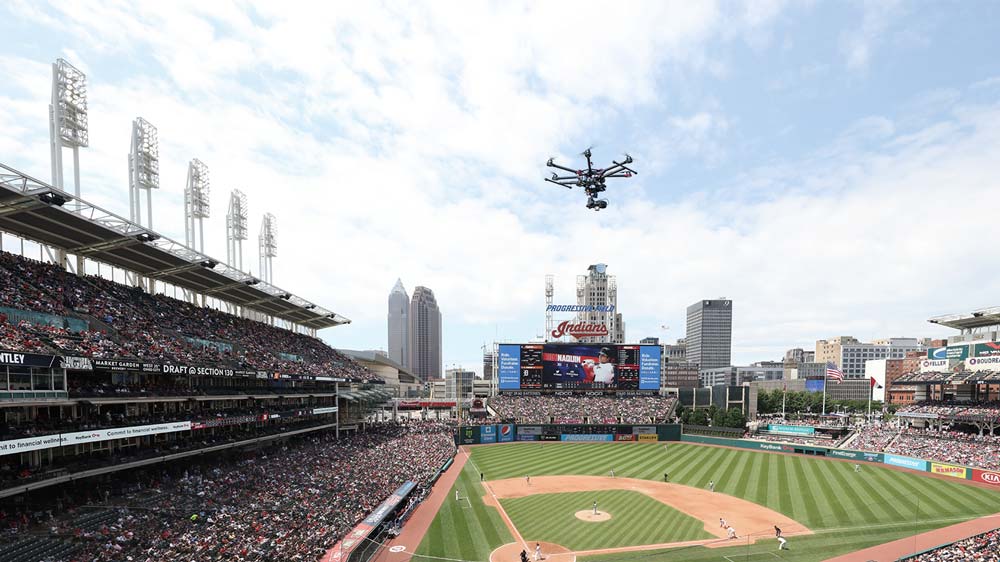 This article is also available in German.

Drones easily evade traditional security measures and can quietly buzz in and around stadiums at any time, without disrupting operations, leaving many stadium managers to question whether they have unauthorized drones in the first place. When the lights are out, a drone might not be anything more than a nuisance or surveillance threat. On game day or when stadiums are in full operation, and security managers are responsible for the safety of thousands of people, a single drone can cause significant disruption and harm.

Get your free recording of our fireside chat "Drone Protection for Events" here.

‍When Drones Are the Starring Player of the Game

Drones are here to stay and are only increasing in their applications and numbers in the air. PwC has estimated the total market value of drone-powered solutions at over US$127bn. The UK Civil Aviation Authority estimates that there were nearly 90,000 drone operators in the UK in 2019, many of whom have not legally registered their aircraft.

Even if every drone pilot were compliant with local registration regulations, there would still be many noncompliant pilots or pilots looking to evade registration. Look at five examples of how drones have recently disrupted stadium operations: ‍

Global security leaders, including the European Commission and World Economic Forum, highlight how drones are an easy vehicle for terrorists to cause harm to stadiums and large gatherings. These examples are just the beginning of the stories of drones coming to stadiums, and Dedrone documents publicly announced drone incursions here in our global database. ‍

Even During Shutdown, or During Off-Season, Drones Continue to Enter Restricted Stadium Airspace

For stadiums who have not experienced a drone incursion, is anecdotal evidence of an airspace threat enough to warrant further investigation? Our latest webinar, featuring Threat Management Group, explores this topic further, and the recording is available here.

In the next part of this two-part series on stadium airspace security we’ll explore how stadium managers can get started to answer some important questions about their vulnerability to airspace incursions.