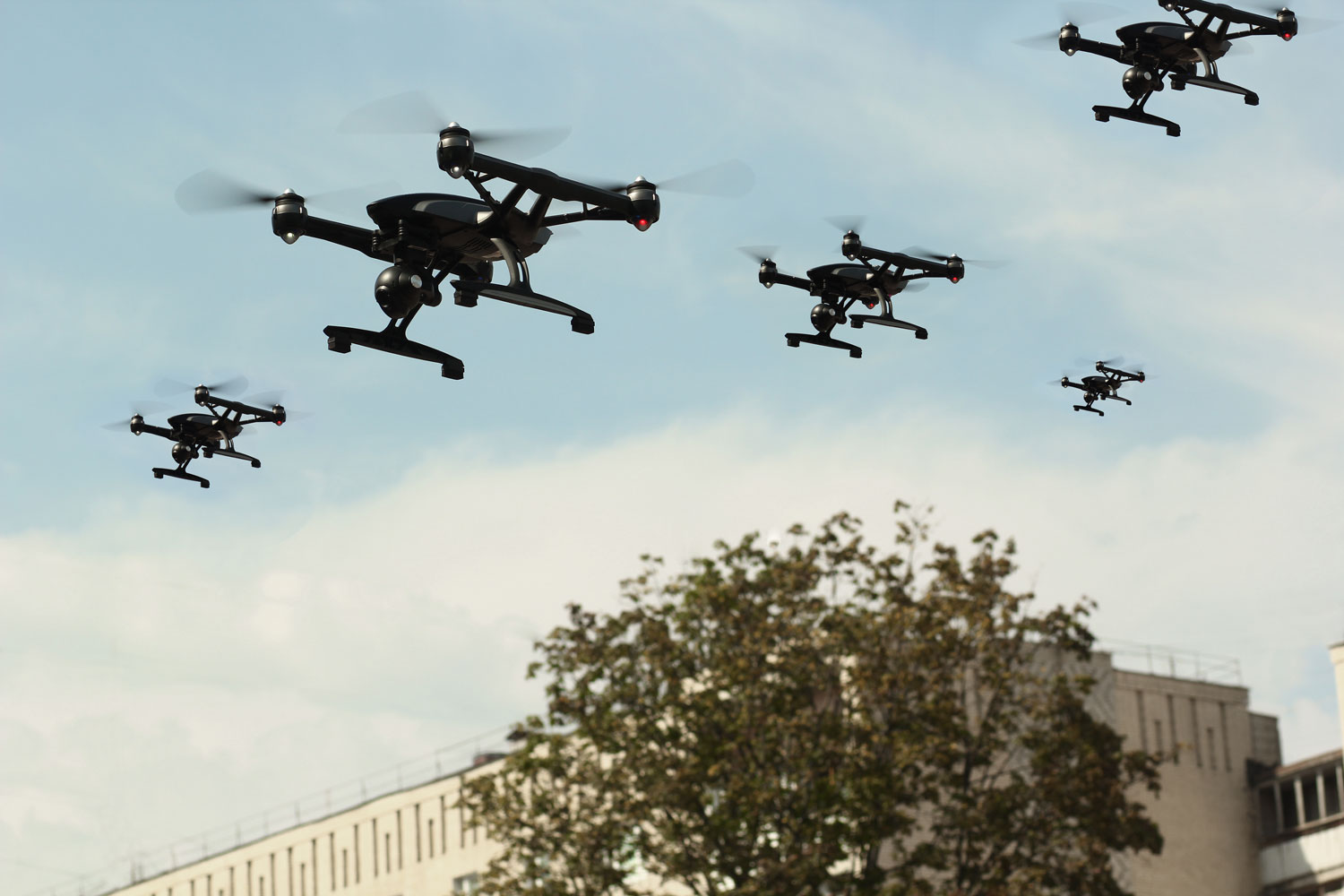 Dedrone is excited to release DroneTracker 3.5, the drone detection industry’s response to understanding airspace activity and ensuring that protected sites are aware of all drone activity overhead, whether it be a single or orchestrated drone incursion.

Drone swarms, or more than three drones in a single area, have been demonstrated in action in modern military settings for surveillance and delivery. Pilots who operate more than one drone at a time can expand their reach and impact to an area, whether to support disaster response and recovery, drop contraband at a correctional facility, distract law enforcement from their operations, or threaten the security of a military base.

No airspace is immune to drone threats. This is why we are continually advancing DroneTracker to ensure our customers can protect their assets against the growing threat of unauthorized drones in their airspace. Our software platform detects, localizes, and tracks simultaneous drones and swarms to protect against advanced drone threats. DroneTracker 3.5, hosted in the cloud or on-premise, uses Dedrone’s DroneDNA database to recognize and classify RF, WiFi, and non-WiFi drones.

Check out what DroneTracker 3.5 looks like when there are multiple drones coming in at once. DroneTracker 3.5 uses RF Sensors and video cameras to provide simultaneous detection, including a redesigned alert screen for handling multiple alerts.

PTZ cameras with DroneTracker 3.5 now have three detection and information gathering stages, including:

‍DroneTracker 3.5 now integrates a point of interest (POI) marker with a tactical overlay on the user’s map, including real-time calculation of distance and movement of multiple targets. This POI marker helps users calculate the distance between an approaching drone and a specific point in the protected area, or a person’s location. DroneTracker 3.5 now supports street, satellite and hybrid maps, allowing for users to view drone alerts and movement on the map of their choice.

DroneTracker 3.5 builds upon the success of DroneTracker 3, which was released in November 2017, and introduced the industry’s first airspace security solution that includes automated summary reporting for instant diagnosis of drone airspace activity. Additional notable updates to DroneTracker 3.5 include:

Together, these updates and improvements make the Dedrone solution the most reliable and accurate drone detection, classification platform for security professionals to protect critical assets.